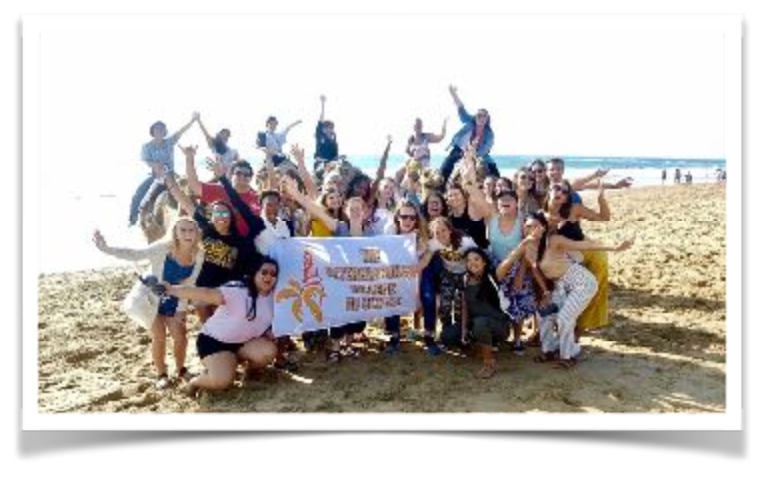 Let’s do a play-by-play of my weekend in Morocco. Let’s start on the day before I left.

Day 1 (June 22): I get a knock on my door wondering when I look at my phone to find that the time says 8:41. We have to be on the bus by 08:45 sharp. I immediately freak out and I begin to get everything I could together. Thankfully I had a lot of my things packed and ready to leave. While I was getting my luggage together with my heart pounding, my host mother Carla begins to hold me back telling me all about the food she prepared for me. My mind repeatedly is saying tengo prisa but my mouth is saying si. Once I was free, I immediately ran while looking like a scared tourist with sweat, fear and giant bottles of water taking over my body. I get to the location and it looks like the bus is gone (start the tears) … until I turned the corner. The bus was still there and everything felt like a sense of relief. It truly was the scariest feeling I have ever felt.

As the bus begins to move, I immediately put the incident and Sevilla behind me. Two hours later we make it onto the ferry. The ferry felt very high class with comfy seats, a bar and multiple televisions! After an hour of drifting along the beautiful Spanish coast, we arrived to the SpanishNorth African colony of Ceuta. 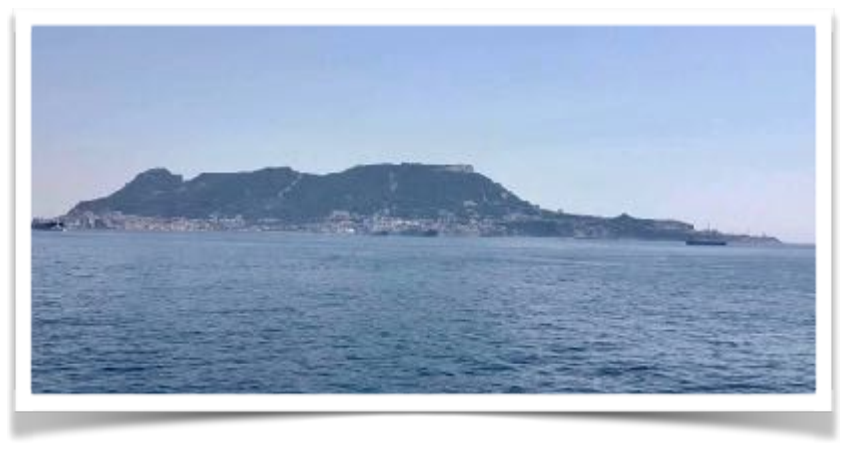 There we met our guide Larbi who was our guide and most of all intermediary for the whole weekend. Whatever we had to deal with, whether it be border security or shady venders, Larbi was our guy.

For our first trip, Larbi took us to the Cave of Hercules. The cave’s opening faces the sea and is called “The Map of Africa” because it looks exactly like the continent of Africa. Immediately afterwards we headed to the beach that was located outside the cave. On the beach we got to ride camels along the shore while kids and families played on the beach. We even got to see where the Atlantic Ocean and the Mediterranean Sea meet, which was just down the coast. From there we headed inland were we were given a tour of the tourist market and then taken to our hotel; there we were served dinner and a night’s sleep.

Day 2 (June 22): We were up and ready to take on Chefchaouen. Chefchaouen translates to “The Blue City” from Arabic because all the buildings are covered in different shades of blue. We walked, we struck our poses to flex for the gram and we all even went into debt. We went to different street vendors to get a head start on our bargaining skills. Let’s just say I definitely need some work. Later, we went to a hotel to have a buffet lunch full of Arabic dishes and then we returned to our hotel to relax at the beach that was right outside our hotel. That night we had dinner at an Arabic palace and restaurant in the center of Tetuan. The dishes ranged from couscous to meatballs made from lamb. As we ate a traditional Arabic show was put on display with dancing, music and henna galore.

Day 3 (June 23): After breakfast we boarded the bus to head to Tangiers. There we visited one of the royal palaces that the king of Morocco owned. As we walked past the palace, we headed deeper into the city streets of Tangiers toward a natural Berber pharmacy where we were given every remedy for every problem. From there we immediately headed for the leather market where we were sold everything under the hot Moroccan sun. With the help of Larbi and his amazing assistant I was given the opportunity to be taken to jewelry shops that were nearby. There I was shown different items of jewelry that were all made from actual silver. I found a couple of items but the problem was I had no euros. All the jewelry stores only took euros, no card. Thankfully, I was able to use the last of my euros (all 7 of them) on a silver ring.

Immediately after I bought my ring, we had to get back on the bus to board the ferry. But first… sweets! We went to an Arabic bakery to spend the rest of what little dirham we had on any sugary temptation we could afford. We ordered and ate within ten minutes because we were in such a hurry to make our ferry. We drove to the border as fast as we could in order to get back to Ceuta. We doubled, tripled and quadrupled checked to see if we had our passports, tickets and belongings to make it onto the ferry. With much fervor to get onto the ferry we made it with little time to spare. We were on the ferry with our backs and feet hurting but our minds opened. As we boarded the bus for the last time, our eyes became immediately closed till we were back in Sevilla. The end of a great trip!

This website uses cookies to improve your experience while you navigate through the website. Out of these cookies, the cookies that are categorized as necessary are stored on your browser as they are essential for the working of basic functionalities of the website. We also use third-party cookies that help us analyze and understand how you use this website. These cookies will be stored in your browser only with your consent. You also have the option to opt-out of these cookies. But opting out of some of these cookies may have an effect on your browsing experience.
Necessary Always Enabled
Necessary cookies are absolutely essential for the website to function properly. This category only includes cookies that ensures basic functionalities and security features of the website. These cookies do not store any personal information.
Non-necessary
Any cookies that may not be particularly necessary for the website to function and is used specifically to collect user personal data via analytics, ads, other embedded contents are termed as non-necessary cookies. It is mandatory to procure user consent prior to running these cookies on your website.
SAVE & ACCEPT