For those students who wish to study in Spain for a shorter term than the usual semester-abroad, the ICS offers an intensive Spanish language program every Summer. The ICS Intensive Program is four weeks in duration. Like the regular semester program, the intensive academic Summer program provides students with an opportunity to experience and understand Spanish society and its institutions through direct exposure to Spain’s history, art and contemporary society. The program provides an excellent introduction for students planning to work in fields requiring a thorough knowledge of Spanish language and culture.

A one-day Orientation session is conducted at the ICS at the beginning of the Summer program. The Orientation introduces the student to the country, the culture, and the academic program while also providing practical information about daily living in Seville. Students are administered a language proficiency exam in order to determine their level of Spanish. 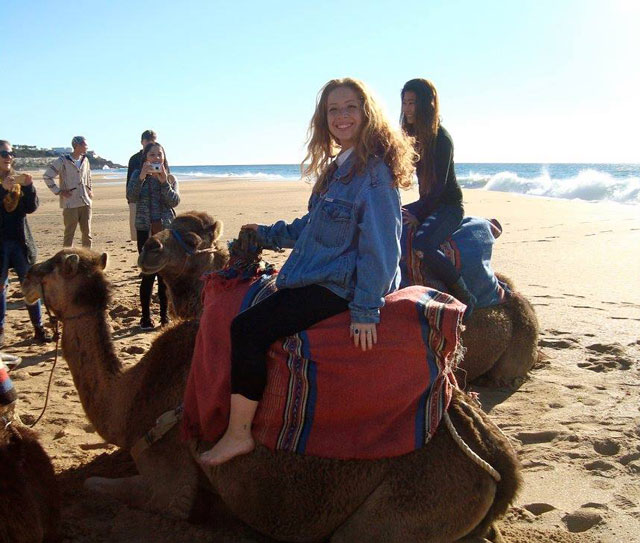 All dates are tentative and subject to change. 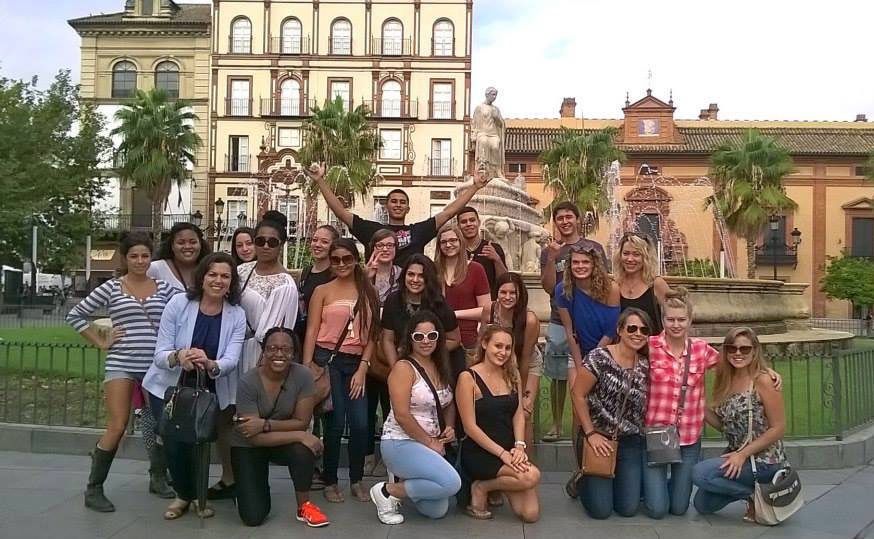 Each SUMMER, University of Seville students have the opportunity to participate in two distinct and fascinating excursions to Cordoba and Morocco. Visits are given in English.

Córdoba is a town of considerable charm, known widely for its beautifully flowered courtyards, its narrow cobblestoned streets, its secluded niches and tiny workshops where silversmiths create fine jewelery and, of course, for its impressive history which once exemplified harmony among cultures. For centuries, Christians, Jews, and Muslims lived in peaceful coexistence. But Córdoba is most known throughout the world for its magnificent decorative architecture, as seen in the great Mosque.

Situated at an hour and a half north of Seville today Córdoba is a minor provincial capital, but it was once the largest city of Roman Spain, and for three centuries formed the heart of the western Islamic empire, the great medieval caliphate of the Moors. The heyday of the Córdoba caliphate came in the 10th Century. While parts of Europe languished in the Dark Ages, Córdoba became a center of advanced learning in sciences, medicine, philosophy and poetry.

Together with Baghdad and Constantinople, it was considered one of the three greatest cities in the world. In this city, where Seneca studied, there developed a stream of illustrious thinkers among them Averroes, the Arabian scholar, and Maimónides, the Jewish philosopher. In Córdoba, ICS students are taken on tour of the famous Mezquita, or Mosque, begun in the year 785 and extended through the 10th Century. It is the third largest in the world and is considered unparalleled for the beauty of its architecture and the vastness of its dimensions as well as the sumptuousness of its decoration.

It is also one of the greatest historical landmarks of Spain. After the Mosque, students walk through the heart of the old city, the former Jewish quarters, with its labyrinth of winding streets, passing whitewashed houses and flowered patios to the Ancient Jewish Synagogue, one of the three ancient synagogues still in existence in Spain. This small Mudéjar-style synagogue, built in 1315, was one of 26 that once stood in the city. Fortunately, one can still appreciate segments of Hebraic inscriptions on the walls. The upper gallery where women were seated, and the niche where the Torah was kept are still intact. To complete the guided visit to medieval Córdoba, ICS students are taken to see the Alcázar de los Reyes Cristianos, or Christian palace-fortress. After touring the Alcázar and its splendid gardens, with its fountains, pools and wealth of flowers and shrubbery students are given the rest of the day free to explore this uniquely sublime city.

During our three-day trip to Morocco we will visit the cities of Tangier, Chefchauen, and Tetuan.
We leave from Seville in private bus to the port city of Algeciras. From there we cross the Straight of Gibraltar to the city of Ceuta in the fast ferry. Our first visit will be to the city of Tangier, a Moroccan port city on the Strait of Gibraltar, which has been a strategic gateway between Africa and Europe since Phoenician times. Its whitewashed hillside medina is home to the Dar el Makhzen, a palace of the sultans turned museum of Moroccan artifacts. The medina also has dozens of outdoor cafes, such as those along the Terrasse des Paresseux balcony overlooking the Mediterranean. Students will enjoy a walking tour of the city and a camel ride on the beach of Cape Spartel. Dinner will be at our four star hotel.

On the second day we will visit the blue city of Chefchauen where we will have a guided tour of the old town, stop at a typical handmade carpet co-op, and have a picturesque hike up a mountain to the Old Mosque. We will have lunch together at the beautiful Parador and then have free time for shopping. Afterwards, we will travel to the city of Tetuan where we will enjoy a most memorable Fantasy Dinner Show with Moroccan musicians and dancers.

On the third day of our trip we will have a guided tour of the old town of Tétouan. The Berber name means literally “the eyes” and figuratively “the water springs”. Tétouan is one of the two major ports of Morocco on the Mediterranean Sea where we will visit the shops in the Medina and the natural Berber pharmacy. 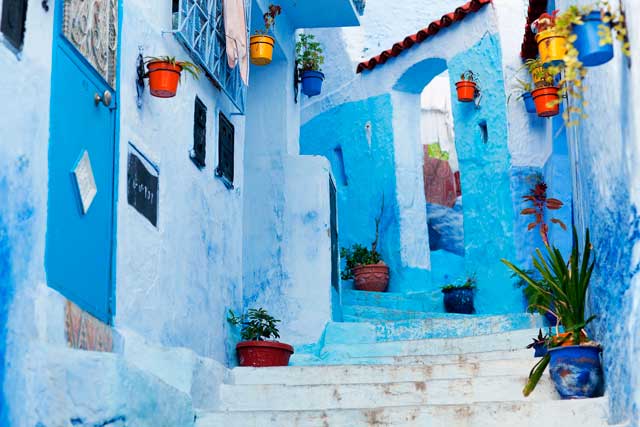 We will travel back to Ceuta where we will have a picnic lunch, take the fast ferry to Algeciras and return to Seville.

For the Summer program all students live with families* located in the near vicinity of the ICS. For the month’s duration, students receive three meals a day, seven days a week.

This website uses cookies to improve your experience while you navigate through the website. Out of these cookies, the cookies that are categorized as necessary are stored on your browser as they are essential for the working of basic functionalities of the website. We also use third-party cookies that help us analyze and understand how you use this website. These cookies will be stored in your browser only with your consent. You also have the option to opt-out of these cookies. But opting out of some of these cookies may have an effect on your browsing experience.
Necessary Always Enabled
Necessary cookies are absolutely essential for the website to function properly. This category only includes cookies that ensures basic functionalities and security features of the website. These cookies do not store any personal information.
Non-necessary
Any cookies that may not be particularly necessary for the website to function and is used specifically to collect user personal data via analytics, ads, other embedded contents are termed as non-necessary cookies. It is mandatory to procure user consent prior to running these cookies on your website.
SAVE & ACCEPT